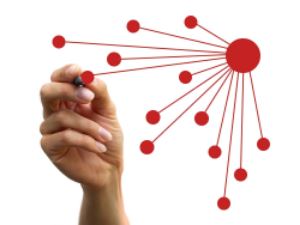 Over 50 years ago, Le Lycée’s founders, Esther and Raymond Kabbaz, saw that to truly equip a child for the modern world, a school needed to provide each child with the ability to learn, to think, and to make decisions based on a sound foundation of logic, knowledge, and character. In this ever-shrinking world, they saw the advantage of teaching children within a microcosm of the worldwide community. They understood the value of a International Education adapted for a modern world. They viewed the children as not just students to process through an educational system, but as whole people in need of a life of purpose and meaning. The school continues their vision to this day.

It is also a mistake to think of Le Lycée as a school for French nationals or those of French ancestry only. Most of our students come from homes where French is not, never has been, nor ever will be spoken. As part of the school’s inclusive philosophy, there is an International program as well as a French program so that Le Lycée can welcome people from all parts of the Los Angeles community and the world. Some like to say that Le Lycée Français de Los Angeles is “the most American French school in the world”. Typically, 96% of Le Lycée students go to American colleges and universities upon graduation. While Le Lycée is proud of its mission to be a bi-lingual school, offering an international education, the school’s philosophy is more about developing students who can excel in a modern world.

Students will leave the school fluent in at least two languages. However, if the language emphasis was not there at all, Le Lycée would still be a preferred place for students to gain the tools they need for college and the world beyond college. The school’s students often return and report that classes at any university are a “piece of cake” because they “learned how to learn at Le Lycée”. The challenging discussions of college are on par with the challenging discussions in Le Lycée’s high school classrooms. Le Lycée is not simply a language immersion school, but a rigorous college prep, bilingual school in West Los Angeles with a deep respect for learning the languages and cultures of others.

All LyceeLA campuses are open for full-time in-person learning for Preschool through 12th grade. 100% online learning is also available for students, in all grades. We continue to monitor the state and county public health updates and adhere to their guidelines.

All school information regarding the 20-21 School year is communicated to the community via ParentSquare.